Adrienne and her sister were living in a mobile home in Ypsilanti and struggling to pay rent on their very limited income. When the owner of the mobile home park sued to evict Adrienne, she not only faced homelessness, but also late payment fees and utility charges—despite the fact that the park was in deplorable condition and Adrienne had lived without water in her home for nearly seven months. During the subsequent eviction proceedings, LSSCM negotiated a settlement wiping out Adrienne’s debts to the landlord and requiring the landlord to pay Adrienne a lump sum to compensate her for his violations of state and local housing laws. Without affordable legal assistance, Adrienne would have endured many more months in substandard living conditions and racked up thousands of dollars in debt, which would have adversely affected her ability to access housing in the future. With LSSCM's help, Adrienne and her sister (and even her cats!) were able to move toward a safe and stable future. 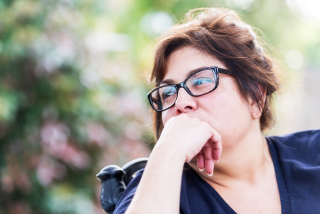 At the beginning of 2016, Vivian was living a nightmare. She was married to a man, Tom, who was physically and verbally abusive to her on a daily basis. He regularly called Vivian “stupid” and “useless” and threatened to kill her or keep her locked in their apartment. When Tom physically assaulted her, he intentionally punched, squeezed, hit, and pinched her in places that were typically covered by clothes—her abdomen, back, upper arms, and thighs. He also prevented her from renewing her driver’s license or working outside the home. Every day, Vivian made plans to leave, but wondered if Tom would kill her if she tried to end their relationship. She also didn’t know where she would go or how she would afford the court fees to file for divorce. In March, Vivian called the local domestic violence shelter, AWARE, Inc., and was referred to an attorney at LSSCM. LSSCM filed a divorce case and requested a personal protection order on Vivian’s behalf. By October, Vivian’s divorce was final and a personal protection order prohibited Tom from coming to her new home and place of work. With LSSCM’s help, Vivian’s nightmare had ended. 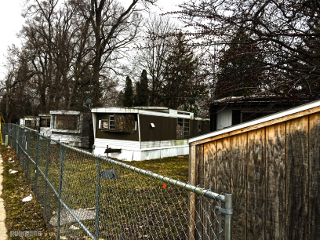 In 2014, the Ingham County Health Department condemned the Life O'Riley Mobile Home Park on the south side of Lansing for violation of health and safety standards. The residents of the 85 units were given 10 days to pack up and move out in the middle of winter. These residents had experienced terrible living conditions such as rotted floors, broken showers, no refrigerators, leaking roofs, doors that did not lock, and exposed raw sewage. And now many of them had nowhere to go and faced homelessness. When news of the condemnation broke, LSSCM collaborated with other service providers in the area to hold emergency outreach meetings. Residents were connected with appropriate services including access to shelter, clothing, furniture, and legal assistance. LSSCM sued the owners of the mobile home park on behalf of 13 former residents. In 2017, three years to the day of the condemnation of the Park, LSSCM’s clients were awarded a substantial monetary settlement to compensate them for what they endured as residents at Life O’Riley Mobile Home Park.